The other day a video came out of a concert where the images were good but the audio was terrible. You can see that somebody tried to record this concert with great care, and I mean there were several cameras and at the same time, the microphone was dedicated. Someone was given the task of editing the images, placing the corresponding shots of the soloists, director, group, etc. Everything in perfect synchronicity, but at the time of the audio, they used the reference of the central camera with a quantity of reverberation such that it was impossible to define anything. I research and it turns out that there was no budget to mix the audio and that’s how they got it. Well, let me tell you, Mr. Editor, that no one is going to see your work, because 30 seconds after watching the video, people are going to change it and they will not see, or how they decided to change the camera in the bass solo, much less your credit at the end of it.

Already in the eighties, one entered the video editing rooms and saw how there existed a 1″ tape video machines that cost about $ 10,000 and the audio was passed through a $ 50 pastel colors console where they equalized the treble or bass (there were no more controls) inside a room all reverberant, no bass traps and listened to tiny 5″ horns placed in the corners. Not to mention, of course, that the 2-channel tape players were not calibrated, less clean the heads that collected the remains of the tape from all the studios in the capital. In these conditions they decided that some jingle “has too low”, “lacked highs” or both, having been recorded and mixed by professionals in their respective studios under the right conditions. 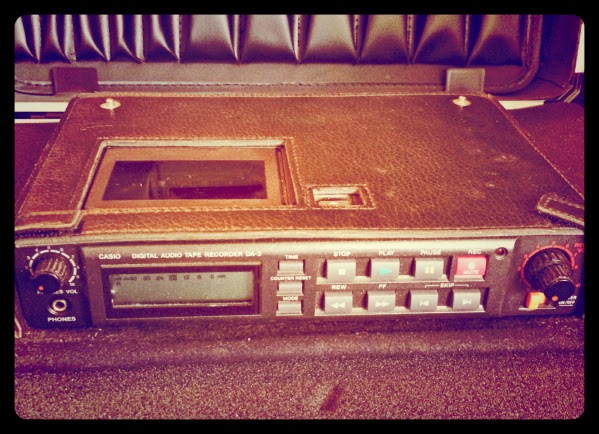 Thanks to the appearance of DAT, the first digital recording format at consumer cost, this problem began to be solved. I remember that I had a device of these, typical of 2 spaces of rack, between the legs in my Vespa motorcycle, to the post-production rooms to inject the audio of a commercial that we had just made directly to the machine of 1″ without passing by the little console and verifying that the levels were adequate. Of course, this led to calibrating the rooms well and generating “something” of conscience among the editors. Later I got a 15-bit portable DAT with an emphasis with which I developed a new source of work by renting the equipment and mixing the jingles with musicians in the first home studios, guaranteeing the quality until the moment of taking it to the post-production company. But this did not last long.

Today the problem continues because the country’s TV channels only accept commercials in BetaCam and the audio is injected analogically from the computer where they are editing the video with the native converters and interfaces of the computers. The halls now have better speakers but no one worries about setting up the space or putting the filters pass high to the monitors to corner them. And even more so when anyone who has the ability to edit a video feels fulfilled by doing so and does not realize that the most important part of a concert is the music, not the focus of the camera or the angle of the director or if it is in HD or 4: 3. None of that works if before the melody sounds we already remove the video. Audio does matter!